We then spent the rest of the afternoon, and into the early evening, having fun in the garden. The kids ran around and played, the adults sat around drinking beer, ouzo, raki and (in my case) coffee and chatted. Graham did another fake tattoo on Steve’s arm. Paula gave Graham a fake tattoo to cover his real one, and even I had one! 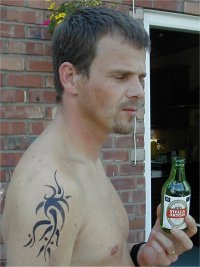 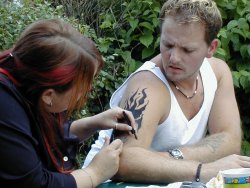 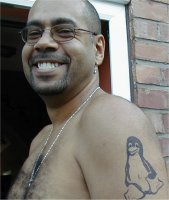 Also Graham had his hair cut, and Steve had his highlighted and cut. This latter was a joint effort between, Jackie, Paula and Thom! 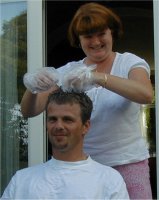 At one point the kids disappeared next door to play with the kids there. Later the barbecue came out again, and we all had burgers and sausages.
Jamie really enjoyed her special day, as did we all. All in all, a wonderful afternoon

1 thought on “A great afternoon”